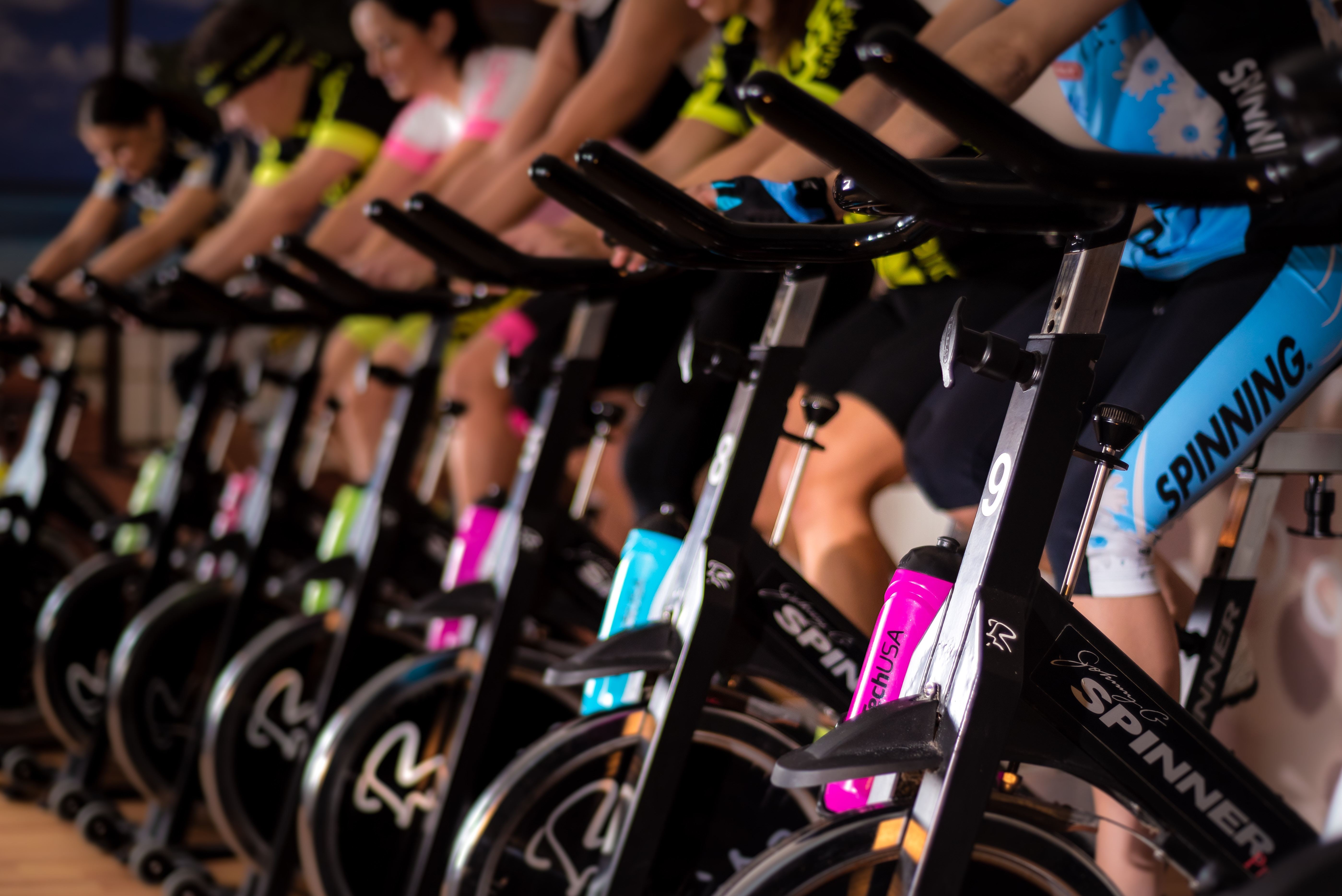 A Spin Class? Me??
A Spin Class? Who Me??!!
Gill Harvey-Bush
When it comes to exercise, I used to belong to a local gym but we left as so many things changed and we no longer enjoyed it.  Now I exercise by going for a long walk most days or the occasional bike ride and once a week my friend Ali and I train with Frank Sinclair (#FitWithFrank), at Prime Health in Weybridge, it's something I look forward to doing. We train hard, have fun and also have some interesting discussions! During a recent session the subject of music came up (when we had entered the gym the previous client had tracks from the 60's playing), but Frank had changed the playlist and there was a 'typical gym type' track playing that just seemed to drain me of energy.  The conversation lead onto the power of music and the impact it can have on us. I commented on how much I hate what I call the "boom, boom" music played in classes such as Spinning or HIIT and don't get me started on the choice of music played in the main areas of commercial gyms! Apparently research has shown the type of music played in these 'intense' exercise classes and gyms makes people work out harder. For me it makes me want to walk out! Which explains why I never wanted to do a class in the first place.
Music can change how we feel in an instant - have you ever been driving along and speeded up or slowed down because of the music that's playing without realising it? Or you've felt happier or sad because of the memory a piece of music can invoke? Can you imagine doing a relaxing yoga class to rock and roll music?! As the discussion, and exercise session, continued, Frank kept changing the tracks to see what impact it had on us and it was really interesting, some tracks Ali worked harder and was energised by whilst I felt drained and just wanted to stop and with other tracks it was the reverse. There were some tracks we both felt the same about - positively and negatively. I know that music from my "era" or some heavy "rock" tracks have a really positive impact on me, I feel energised by them and the exercises just seem easier. Frank asked if there was a Spin class that had my "era" of music playing would I then consider joining in on the class - absolutely! As is the case when Frank, Ali and I get together the ideas started to flow...how about a class with 50's music, another with 60's, 70's etc? Would they attract different clients to them? How about a class with a live band playing? (that's one of Frank's ideas)...well watch this space!
< back to listings