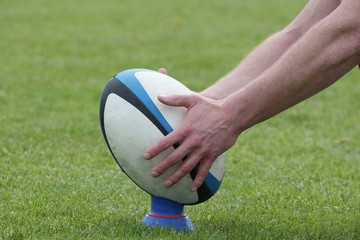 Rugby 'Substitutes' One Word for Another...
The Power of Language...
Gill Harvey-Bush

As someone who coaches sports men and women, in terms of their mindset, I am always interested to see what impact something can have mentally in the way they play.

Whether they are playing an individual sport like snooker or golf, or as part of a team as in rugby or cricket, a shift in mindset can bring about a huge change.

We're big fans of rugby (amongst other sports) in our house, supporting England of course, so love this time of year with the Six Nations tournament taking place. I was fascinated to hear that Eddie Jones had changed the way in which he referred to his players who were on the bench at the beginning of a game. In a team such players are usually referred to as 'substitutes' which implies that they are not the best in the team but 'a deputy, a proxy, someone to use instead of another' (Chambers English dictionary) as and when the need arises with no particular role to play.

Eddie Jones has done something that on the surface may appear to be very small but in reality has had an enormous impact on the whole of the team. He refers to the players on the bench at the beginning of the game as 'finishers. A finisher is 'a person who completes or perfects'. Why has this had an impact? Well, suddenly these players are very much part of the team, they have a specific role, an important role to play in the game. They now know, as do the starting players, that they will be brought on and relied on to finish what the rest of the team have started. Interestingly it also has an impact on the opposing team, implying that the England team have a strong squad of players some simply waiting to come and 'finish them off' at the end of a match.

A great example of how changing one word can change the attitude and mindset of not only a player but a whole team. And if one word can have such an impact on how someone feels imagine what could happen if a lot more words were 'substituted'?
< back to listings